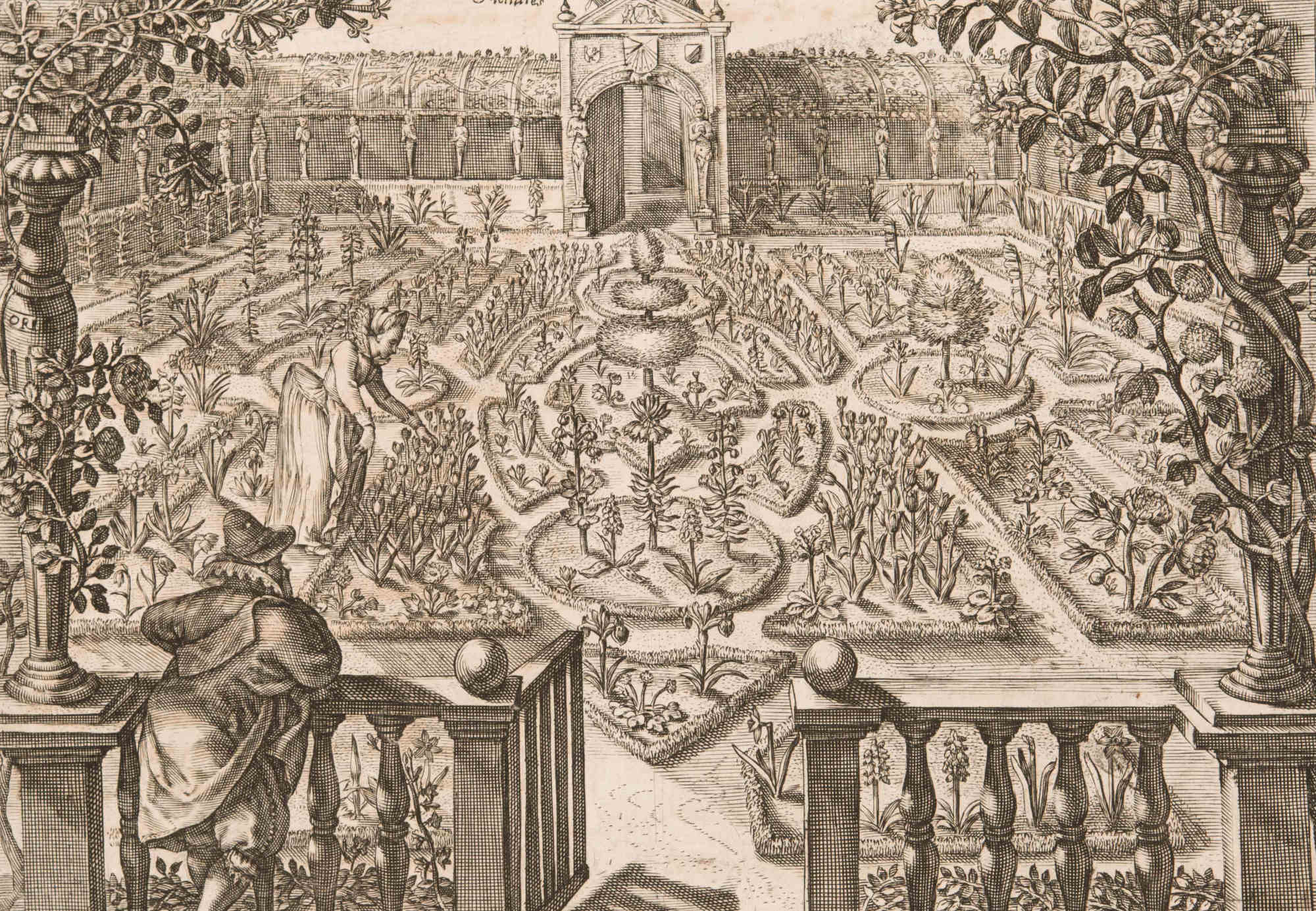 Giovanni Marsili (Pontebba 1727 – Padova 1795), Prefect of the Botanical Garden and professor of the University of Padua from 1760 to 1794, was a multifaceted character: traveller, physician, professor of botany, writer and above all a great lover of books, to whose purchase and use he devoted himself throughout his life.

From his youth he collected valuable editions of the most varied works, which testify to his vast culture and curiosity. In his library there were Greek and Latin classics, large illustrated herbals, works of medicine, texts on zoology, geography, exploratory journeys and contemporary literature, and books on antiquities, as well as on past and present customs and traditions. Alongside texts published in nearby Venice, there are volumes printed in various cities in Europe and even in China. It is the projection of the culture of an eighteenth-century man of science, between tradition and Enlightenment modernity.

His book collection came to include as many as 2520 printed volumes and 17 manuscripts, precisely listed in a handwritten catalogue, in all likelihood an autographed manuscript of Marsili himself, which also contains notes on the value and quality of the volumes.
Upon Marsili's death, this library was purchased by his friend and successor as Prefect, Antonio Bonato, who further enriched the collection. In 1835 Bonato decided to bequeath all his books to the University so that they could be made into a library open to scholars: in this way was Padova's Botanical Garden Library born. 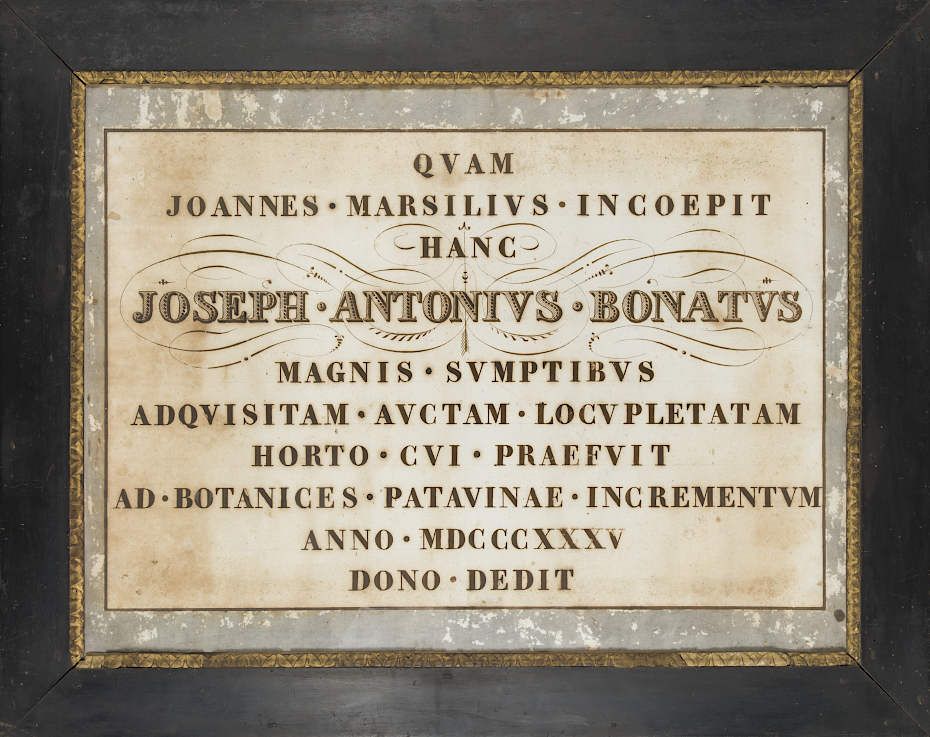 Celebratory record of the Bonato’s donation, kept in the Botanical Garden Library.

Between 1924 and 1926 the then Prefect Giuseppe Gola, in the context of a general renovation, decided to transfer the books no longer pertinent to the modern vision of botany to the Biblioteca Universitaria di Padova and other university libraries, thus also dividing the Marsili collection.

Thanks to a work of catalographic recovery, also including the study of the handwritten catalogue, it was possible to reconstruct, albeit virtually, the original collection of Marsili, which had been broken up into multiple libraries in the course of the historical events of the twentieth century. After a volume dedicated to the history of the collection, this operation led to the preparation of a bibliographic exhibition at Palazzo Cavalli (October 4th – November 4th, 2018), where 63 works currently conserved at Padova's Botanical Garden Library and the Biblioteca Universitaria di Padova (MIBAC) were exhibited, accompanied by a virtual exhibition.

This collection gathers together all the works exhibited in the bibliographic exhibition and other volumes belonging to Giovanni Marsili.

The map represents the provenance of the editions (or, in the case of manuscripts, of production) of the volumes of the Marsili collection chosen for the exhibition held at Palazzo Cavalli in 2018. The different colours of the placeholders serve to indicate the centuries in which the books were created: Yellow: XV century, Green: XVI century, Blue XVII century, Orange XVIII century, Violet XIX century. Zoom into the map to view all the volumes coming from an area; clicking on the single point of interest you will be able to see the informations about the book.