Descriptions of the Botanical Garden in Padua over time 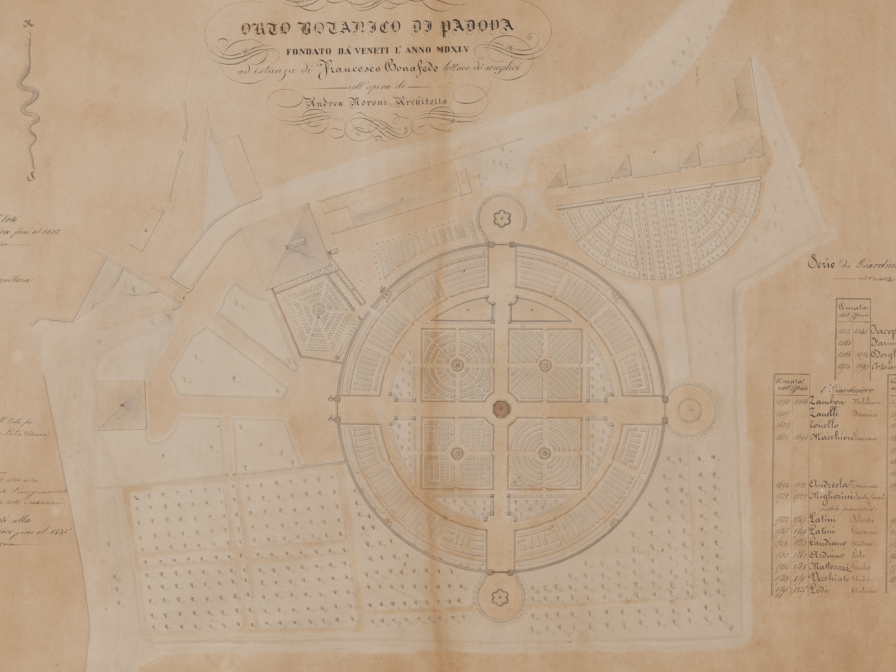 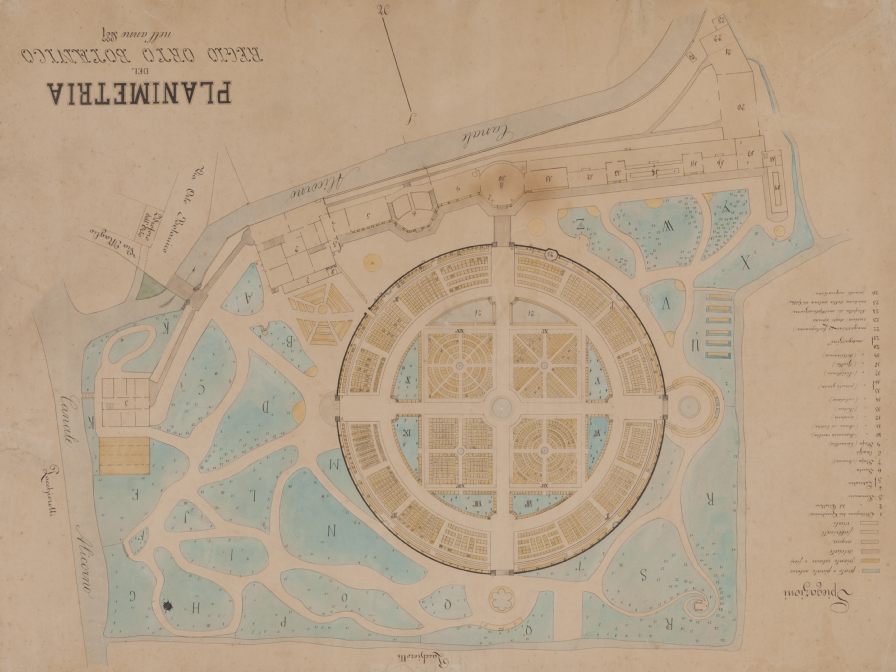 The library of the Botanical Garden conserves numerous texts offering descriptions of the oldest university botanical garden in the world, including some from its very earliest years.

Indeed, from the 1500s onwards, right through to the end of the eighteenth century, guides to the university and the city would often emphasise the importance of the Orto Botanico, and dedicate space to descriptions of the Garden and its buildings.
Midway through the nineteenth century, there was a flurry of historic monographs dedicated to the Garden by its director, Roberto de Visiani, who also brought to the presses a previously unpublished work by his predecessor Giovanni Marsili. Antonio Ceni, meanwhile, produced a fully illustrated guide to the Garden in 1854.

Other guides to the city continued to offer readers an introduction to the Botanical Garden – there was one published in 1842, another in 1855 – while a French-language guide appeared in 1856. 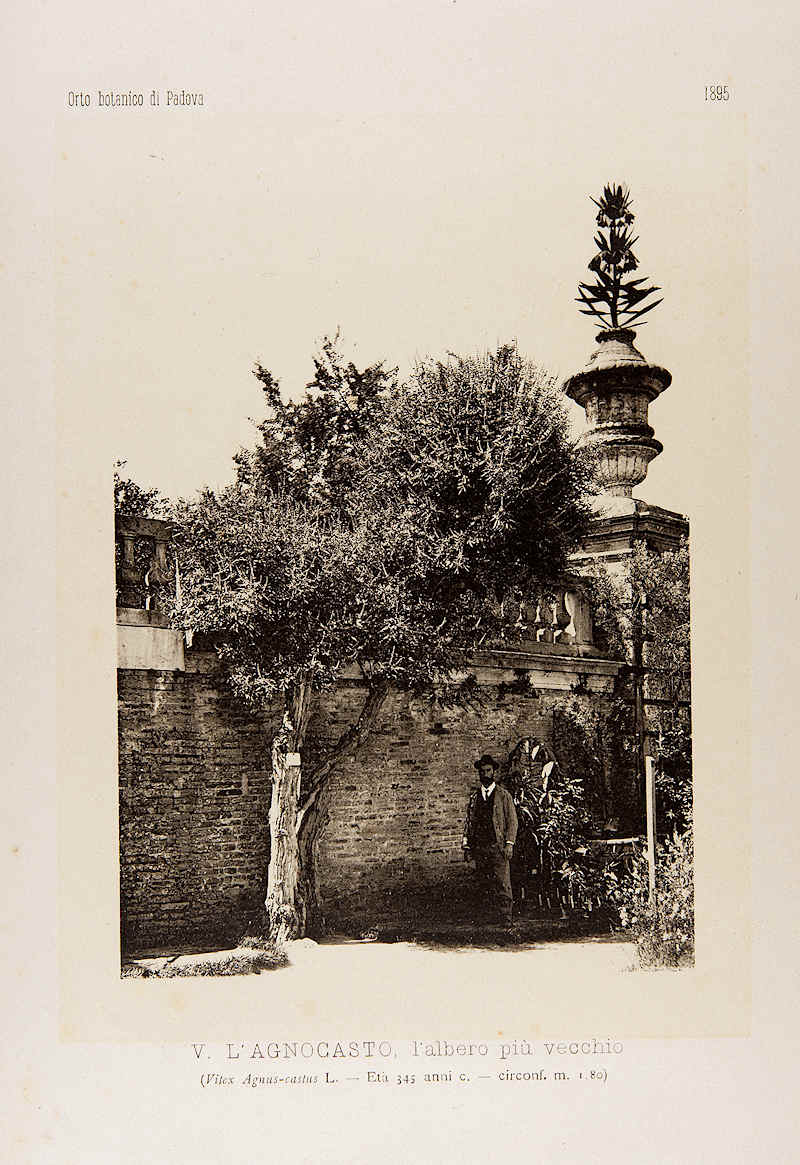 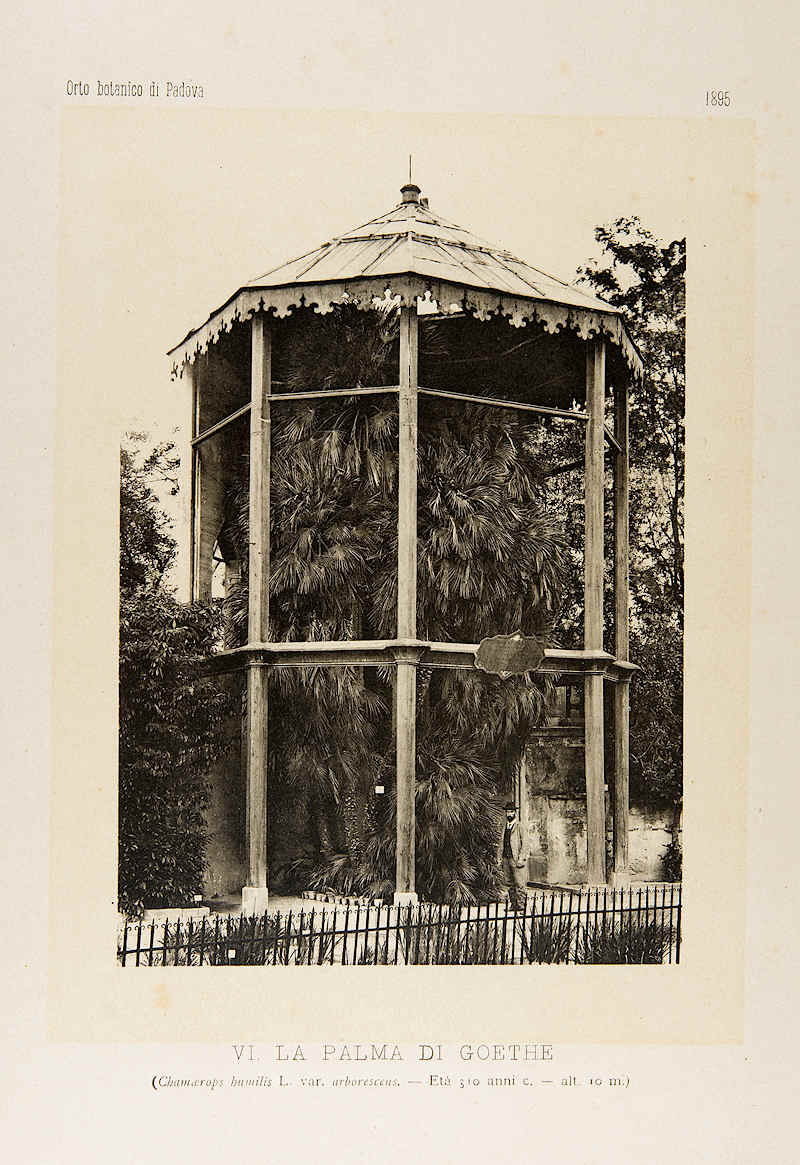 Following the publication of De Toni’s pamphlet on the Garden’s most iconic trees, Pier Andrea Saccardo, who held the position of prefetto or “prefect”, published an overview of the Garden as it was towards the end of the century.
The two pages above are from that work, L’orto botanico di Padova nel 1895 (“The Botanic Garden of Padua in 1895”), and are complete with photographs of the sites described in the text.

Augusto Beguinot issued a number of reports that offer a portrait of the Garden and its work during the dramatic years of the First World War, and left a description of the Archive that is still essential for anyone attempting to make use of the library’s collection of manuscripts for research.

There is also a collection of panoramas and plans of the grounds that offer a view of the Garden as it was in the second half of the nineteenth century. Carlo Matscheg’s three delicate watercolours of 1862 present us with a romantic vision of the park, with assorted ladies in crinoline, a gentleman, and two bonneted children with a doll variously strolling or sitting amidst the historic trees and the multifoiled pond. Matscheg (1831–1901) was a painter and interior designer from Belluno who was active in the Veneto region. His expertise is also demonstrated in an album of lithographs portraying the Rossi wool factory in Schio, which includes views of the factory garden. 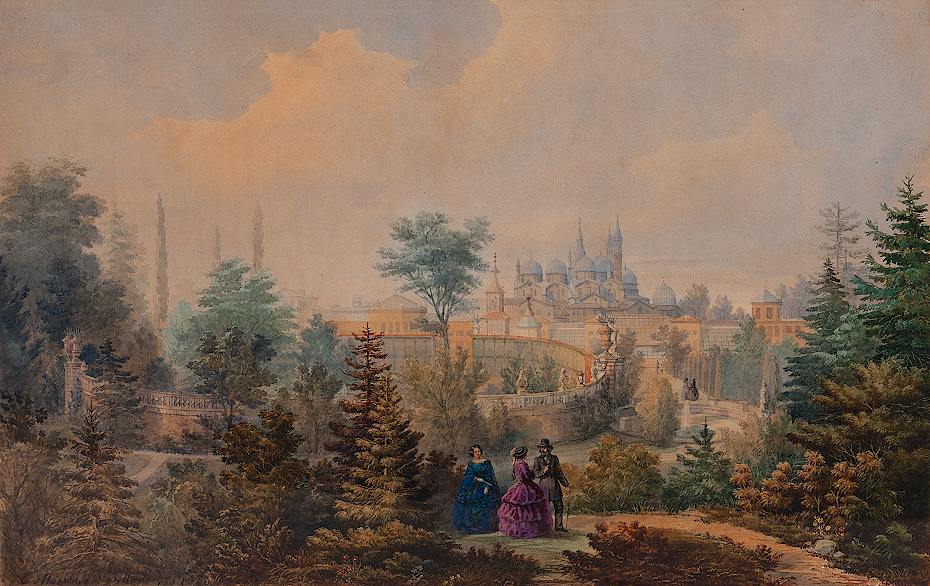 View of the Botanical Garden of Padua, painting, 1862.


The plans of the park grounds, meanwhile, are technical drawings that indicate the buildings and layout of the various areas of the Garden, complete with trees. They also carry a list of all the individuals to have held the posts of prefect and head gardener over the years.
The collection also includes a panorama from 1871, which depicts the new glasshouses installed along the north-east side between the old glasshouses and the prefect’s residence.
In terms of its layout and historical design, the Garden does not appear to have changed much over time, managing instead to preserve the structure chosen for it by its founders in the 16th century.