A collection of images drawn from an archive of digital reproductions that, since 2006, has been taking shape as part of an initiative developed by the Print and Communications Service and the Archivio Progetti (the architecture and design archive) at the Università Iuav di Venezia. The aim of the project is to investigate the great reserves of photographic documents that are scattered around the university and the contents of the archive itself, and to invite academics, staff and former students to contribute – at least temporarily – any photographs they may have in their possession that document some aspect of the institution’s history. The material uncovered is digitised by the Archivio Progetti before being returned to its owners, if requested, with the digital copies kept on file primarily with a view to using them in university publications.

The archive currently contains around 1,700 photographs, a figure that will inevitably increase over time. These images vary greatly in content and quality, with “official” and “unofficial” photographs taken by expert and amateur photographers alike. They record both important events in the institution’s history and everyday moments from across the various Iuav sites, including buildings (e.g. Villa Albrizzi in San Trovaso, Preganziol) that are no longer part of the university. 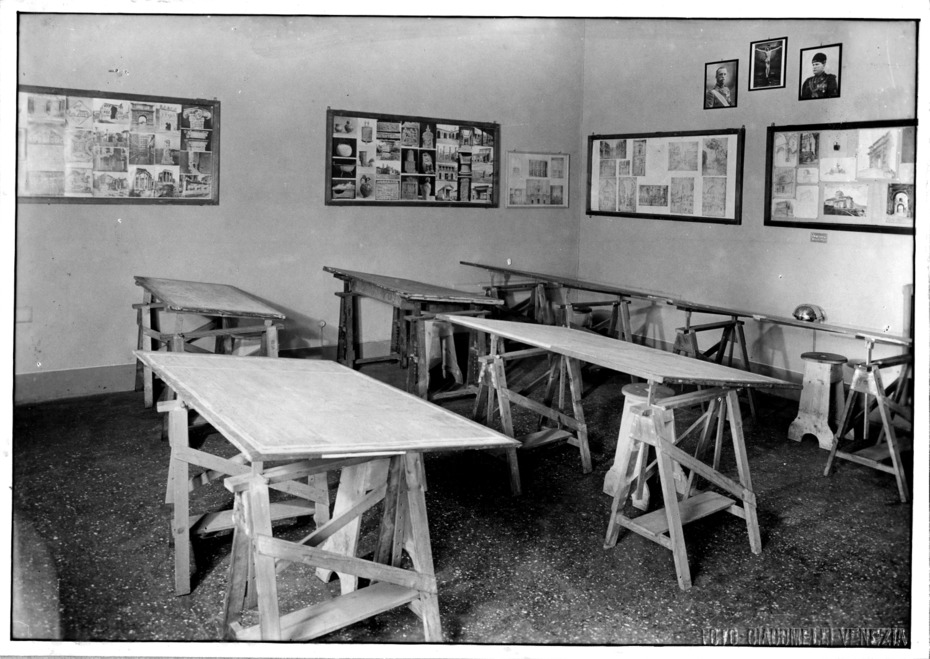 From this priceless resource, a number of themed sub-collections have been put together, each one dedicated to a particular, circumscribed episode and, where possible, designed to present a coherent body of documents. Take the album of 18 images by Giacomelli, for instance, which were recovered from the university’s Technical Office, and which show the interiors of the original San Trovaso site, or the photographs from the archive of Egle Renata Trincanato, all taken during a 1937 study trip to Libya that had been organised by the “Regio Istituto”, as the architecture school was then known. 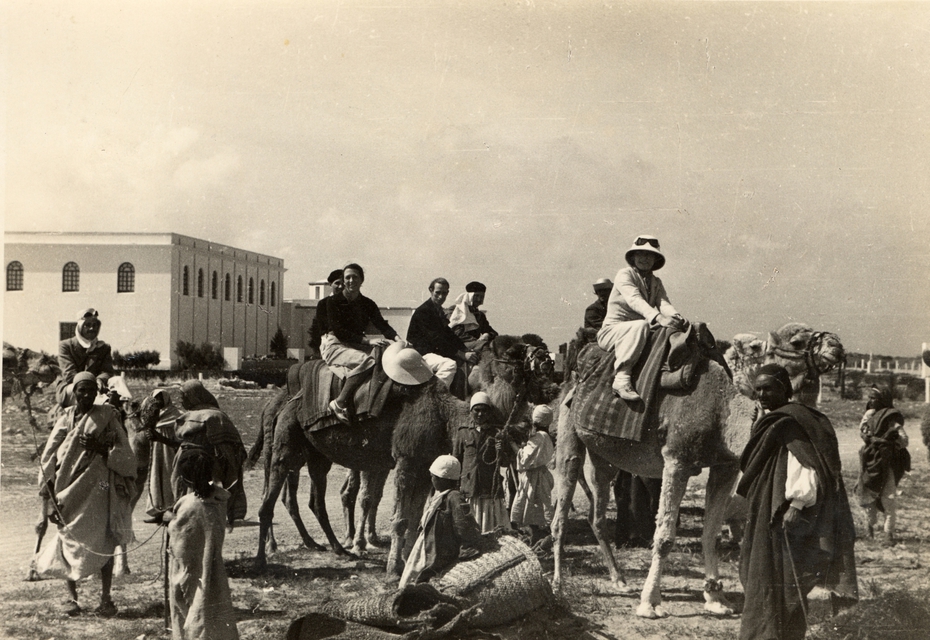 A number of participants on the study trip to Libya setting off on an excursion, spring 1937..

Much like the archive from which it draws its material, this is an open-ended collection that is destined to grow over time with the addition of new sub-collections, each one dedicated to a different chapter in a story that began in 1926 with the issue of a royal decree to institute and finance the Scuola Superiore di Architettura di Venezia, which later became the Regio Istituto and, following the war, the Istituto Universitario di Architettura di Venezia (hence “Iuav”) and eventually the Università Iuav.