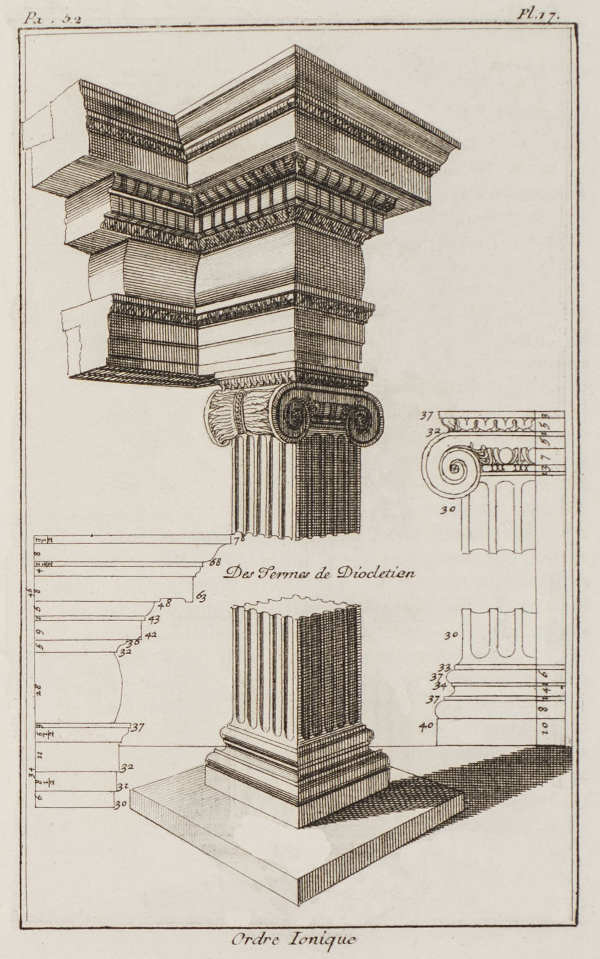 A thinker of great sensitivity, and a driven professional, Labò graduated from the Polytechnic University of Turin before going on to become something of a cultural catalyst in the architecture circles of Genoa. A proponent of some of the period’s most avant-garde architectural theories, he was a vocal supporter of the Gruppo 7 group. In the early 1930s, Labò aligned himself with the Movimento Italiano per l’Architettura Razionale (MIAR – “Italian Movement for Rational Architecture”), becoming an active exponent of the rationalist movement. He was also one of the founders of the Istituto Nazionale di Urbanistica, or INU (“National Institute of Urban Planning”).

His significant output as a writer included: I palazzi di Genova (“The palazzi of Genoa” – Milan, 1914); Studi di architettura genovese: palazzo Rosso (“Studies in the architecture of Genoa: Palazzo Rosso” – Rome, 1921); Architetti dal XV al XVIII secolo: G.B. Castello (“Architects from the 15th to the 18th century: G B Castello” – Rome, 1925). He founded the monthly periodical Per l’arte, which was published in Turin between 1909 and 1915, and was a regular contributor to the magazines L’Arte decorativa moderna (1903-04) and L’Eroica (1911-12). He also published a number of articles on ancient and modern art and architecture in Emporium, Il Marzocco and Adolfo Venturi’s L’Arte magazine. Working with his wife, Enrica, Labò oversaw the translation of a number of works that are considered classics of modern architectural writing. Their editions of The Culture of Cities by Lewis Mumford (1895–1990) and Space, Time and Architecture by Sigfried Giedion (1888-1968) were published in 1954. 1959, meanwhile, saw the issue of their translation of An Outline of European Architecture by Nikolaus Pevsner (1902-1983), a figure with whom Labò enjoyed a friendship that lasted for three decades.

The collection was acquired in the years 1962-63 at the suggestion of Bruno Zevi, director of the Istituto Universitario di Architettura as the institution was then known. When Mario died, Enrica Morpurgo Labò donated part of the library in memory of her husband and their son Giorgio, an architecture student and partisan who was shot by the SS in March 1944.

Of the 192 volumes published between the years 1500 and 1830, we might pick out the treatises of Vignola, Milizia, Serlio, Guarini and Vasari for special mention, or Giovanni Giocondo’s edition of Vitruvius, or even Peter Paul Rubens tome on the “palazzi” of Genoa, of which Labò edited a new edition in 1914. The collection also contains 482 works published between 1831 and the midpoint of the twentieth century, including accounts of the great exhibitions of the 19th and early-20th centuries, catalogues from the Milan Triennale, conference proceedings, guides to the cities of Italy and European capitals, volumes on furniture, the decorative arts and garden architecture, and textbooks and monograph studies of architects and artists. 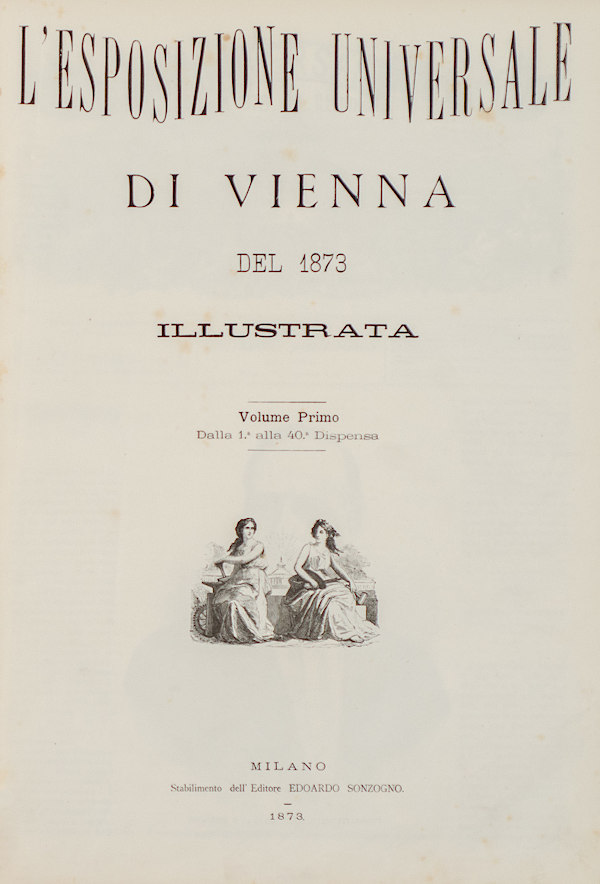 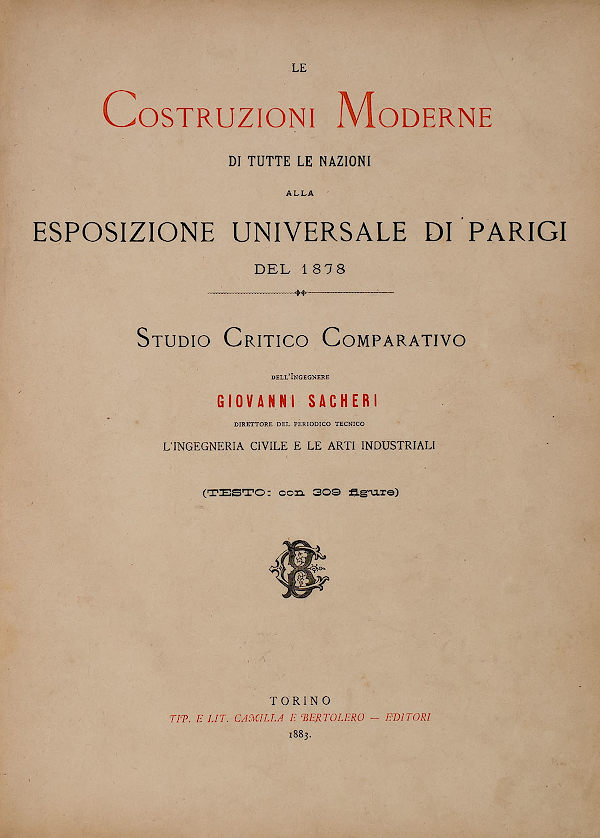 From among these works, a small number of volumes have been selected and are presented here in digitised form. They are all dedicated to the Universal Exhibitions of the 19th century. Not only did these events exert a profound influence on society and its customs, when considered in relation to the architecture of the time, the exhibition buildings were highly innovative, both in a formal sense and in terms of the technologies used in their construction.
Subsequent phases of digitisation will focus on treatises and architecture textbooks.

From this priceless resource, a number of themed sub-collections have been put together, each one dedicated to a particular, circumscribed episode and, where possible, designed to present a coherent body of documents. Take the album of 18 images by Giacomelli, for instance, which were recovered from the university’s Technical Office, and which show the interiors of the original San Trovaso site, or the photographs from the archive of Egle Renata Trincanato, all taken during a 1937 study trip to Libya that had been organised by the “Regio Istituto”, as the architecture school was then known.

Much like the archive from which it draws its material, this is an open-ended collection that is destined to grow over time with the addition of new sub-collections, each one dedicated to a different chapter in a story that began in 1926 with the issue of a royal decree to institute and finance the Scuola Superiore di Architettura di Venezia, which later became the Regio Istituto and, following the war, the Istituto Universitario di Architettura di Venezia (hence “Iuav”) and eventually the Università Iuav.