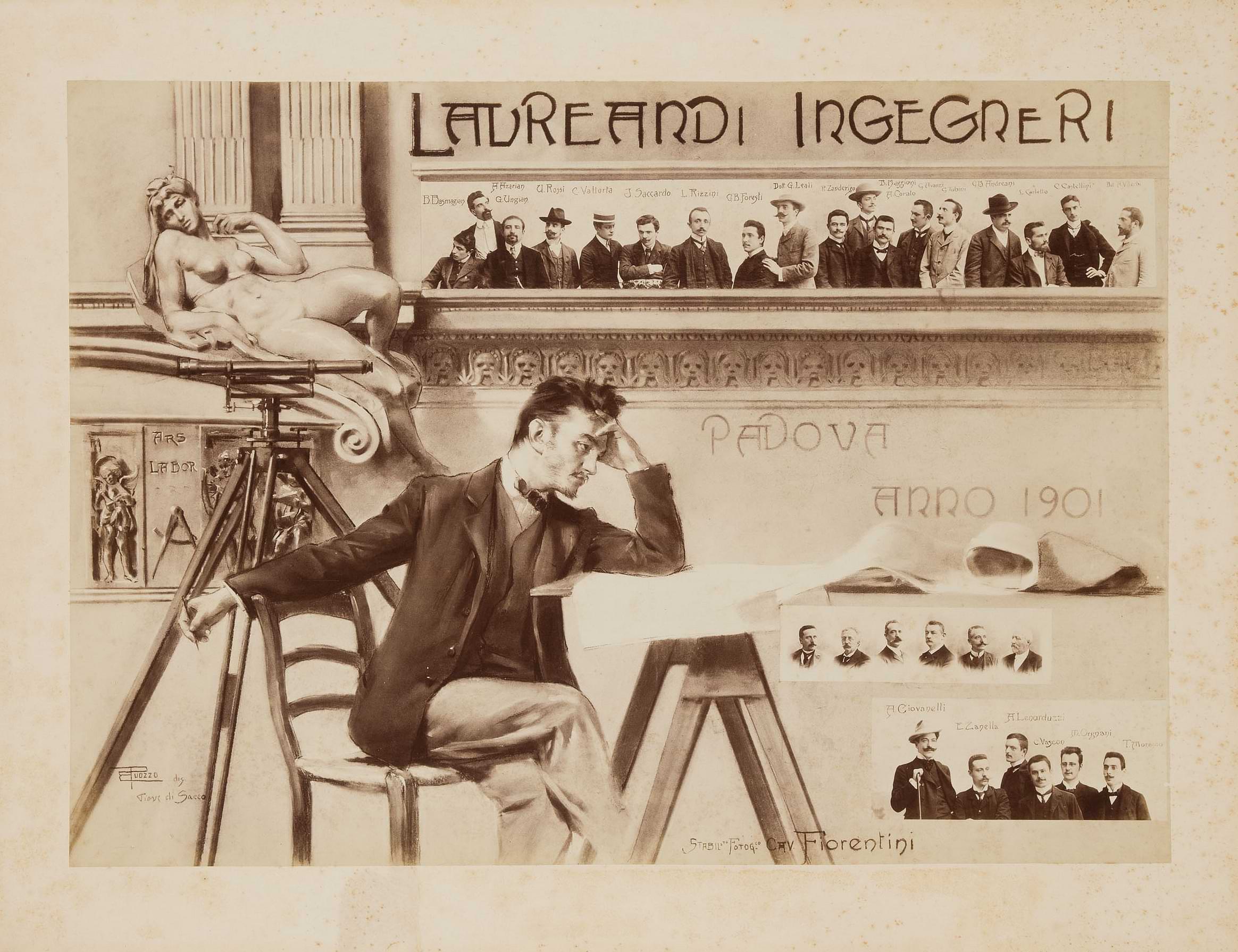 The collection contains digitized copies of 20 portraits currently displayed in the Dean of the Faculty of Engineering offices (via Lungargine Piovego 1).

The portraits were shot using various techniques and printings processes: consequently, the collection includes albumen prints, aristotypes, gelatin prints, lithographs, and mixed media prints. The original photographs have been restored and put in special folders, and they are now part of the collections of the Biblioteca Centrale di Ingegneria (Engineering Central Library). Copies hang in their place, but they are still in the original frames.

Agostini was The Veneranda Arca of S. Antonio’s appointed photographer, and his studio was located in Piazza delle Erbe (via Caneva 343).

Luigi Fiorentini was born in Milan in 1847 and worked in Como and Bassano. Starting from the year 1974 he was mainly active in Padova as well as Recoaro during summertime. After his death, his son Pietro followed in his footsteps, but he moved the atelier to Viareggio and then to Venice.

Suggested reading about the topic: