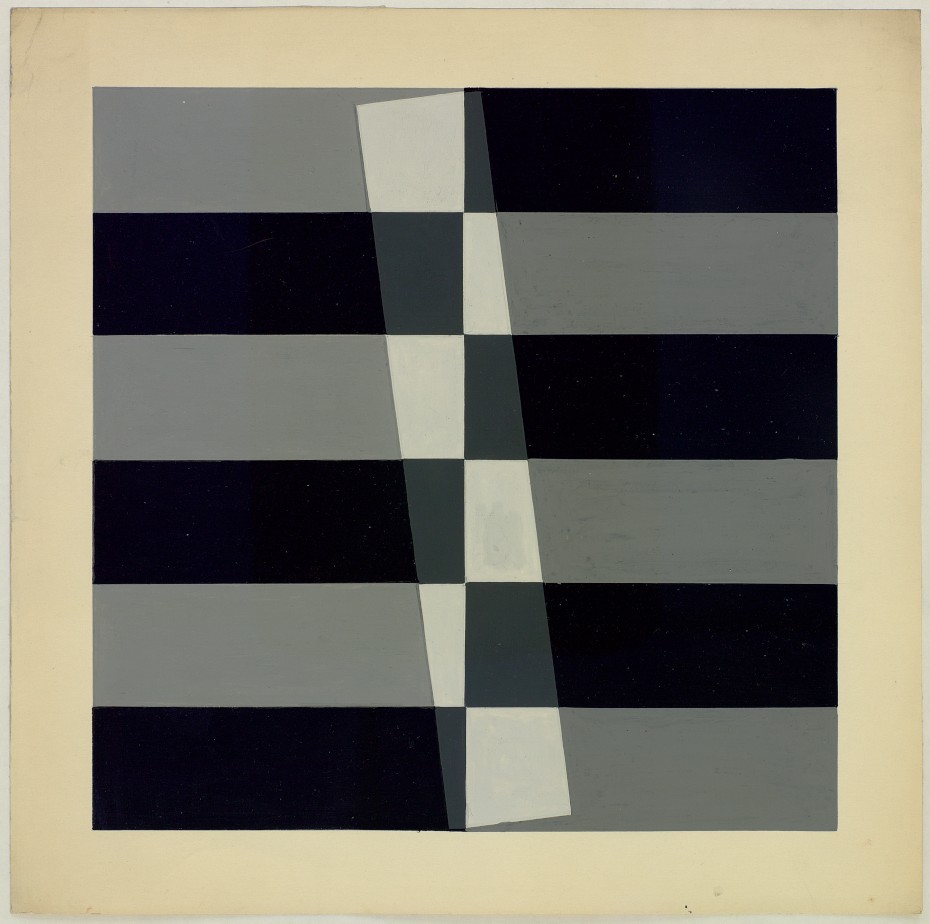 From the biographer point of view… it seems to me that I’ve done a little bit of everything, or I’ve fumbled. How many uninteresting little works! Was I really interested in them at the time? Perhaps I was but in a particular way, surely for secondary reasons. Part because what Musatti intended for scientific psychology has seemed to me too narrow; part for curiosity, part for my certainty – still prevailing – that there’re no unworthy topics, deserving scorn, and that you can make a really smart job in every field… 1

The Fabio Metelli Archive is an exceptional statement of his educational activity and his research work in the experimental psychology field. 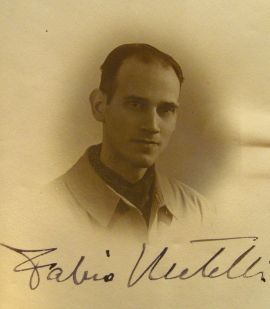 Born in Trieste in 1907, Metelli was first Cesare Musatti’s assistant at the University of Padua, then Psychology professor and director of the Experimental Psychology Institute in that university. His most popular works are about the perception of motion and the so-called perceptual transparency: that perceptive event in which a physically opaque surface, conveniently structured and coloured, gives an observer a clear impression of transparency. 2 Furthermore, Metelli together with prof. Ernesto Valentini established the first Italian degree in Psychology (1971), at the universities of Padova and Roma.


The archival one is the most interesting section of the collection of documents donated to the Psychology Library by heirs Claudia and Marco. This section reflects in its structure the typical Metelli’s disposition, brilliant and tenacious, in solving scientific problems. With regard to the other sections: books and reports were included in the catalogue, whereas colleagues and friends’ essays were described via Refworks.
After a first inventory of the archival section 3 – made in 2002 by PhD Michele Sinico and Giulia Parovel – finally in 2010 the Psychology Library has undertaken a wider project of preservation, archival cataloguing, digitization and online publication of the archive. In the meantime the collection increased with new donations to the library and it was reorganized in seven new series.


Series 1: Educational and research activity. Statement of his institutional activities, this series arose from the analysis and the new organization of those files earlier gathered together under the generic title Miscellanea (see Sinico & Parovel Index). File n. 2 contains many Metelli’s works with his own notes and some manuscripts leaves. File n. 7 contains copies of letters dealing with the project of creation of a Psychology degree within the Facoltà di Magistero of the University of Padua. 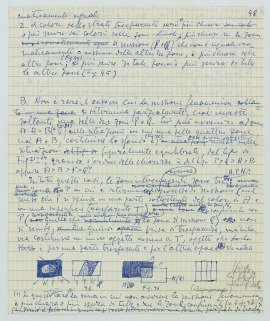 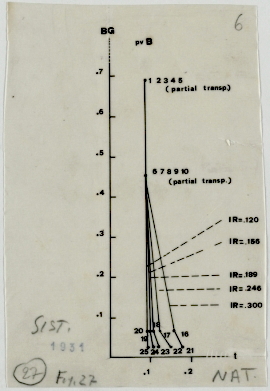 Series 2: Appraisals and patents. Also this series contains many of the files earlier gathered in MiscellaneaIt includes documentary material with legal validity and notes dealing with research arisen far from university environment – for example, the Court of Padova demand for an appraisal about a dubious last will (the so-called Perizia Sartori).

Series 3: Correspondence (Letters by and to Metelli e Letters by others to others). Among the most interesting series for recreating the scientist’s professional life, it contains manuscript and typed letters – in English and German too. In addition to correspondence sent to and sent by Metelli, there’re also other letters owned by Metelli. Only the most private ones were not published. On the spotlight, letters by Rudolf Arnheim, Jacob Beck, James Jerome Gibson and Wolfgang Metzger.

Series 4: Works on general psychology. Various writings dealing with different aspects of general psychology: lecture notes, copy of letters, unpublished works’ drafts, booklets for the educational activity. Compared to Sinico & Parovel Index, these files were completely reordered and renamed according to a topic criterion. On the spotlight file n. 16, an excursus on Vittorio Benussi scientific activity, written for his 20th death anniversary; and file n. 36, containing many considerations on Italian experimental psychology (in particular the one produced in Padova).

Series 5: Works on transparency. Mainly manuscripts and typed notes full of formulas, sketches and frameworks – mostly penciled on different size leaves, with logical connections hard to find: that’s why it’s so difficult to set them a date. After the first inventory, not many folders with original titles and containing uniform notes were preserved. On the spotlight file n. 17, in order to understand Metelli’s peculiar work-style: it includes manuscript and typed version of “Condizioni cromatiche”. 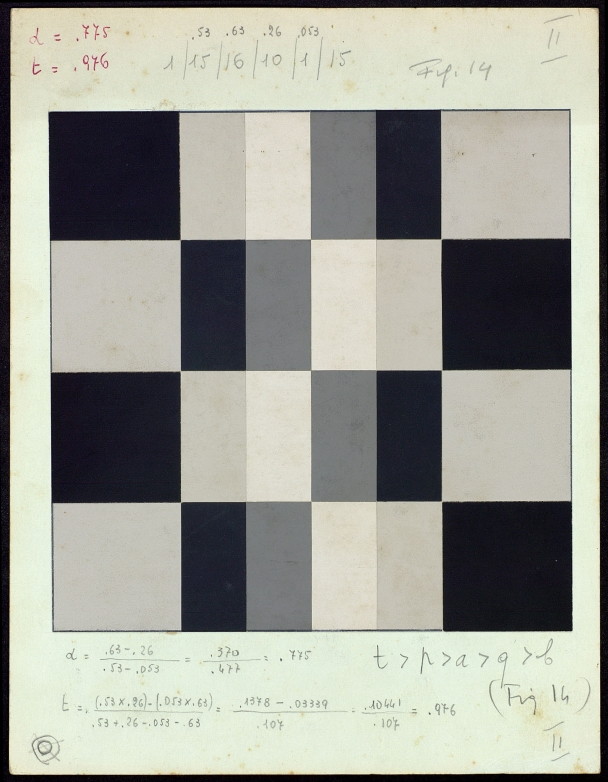 Series 6: Works on perception. This series contains various writings too: in addition to manuscript and typed notes, there are some drafts produced by colleague researchers, noted down or not (e.g. J.J. Gibson). In this case Sinico & Parovel Index was particularly useful: just a few changes were inserted. 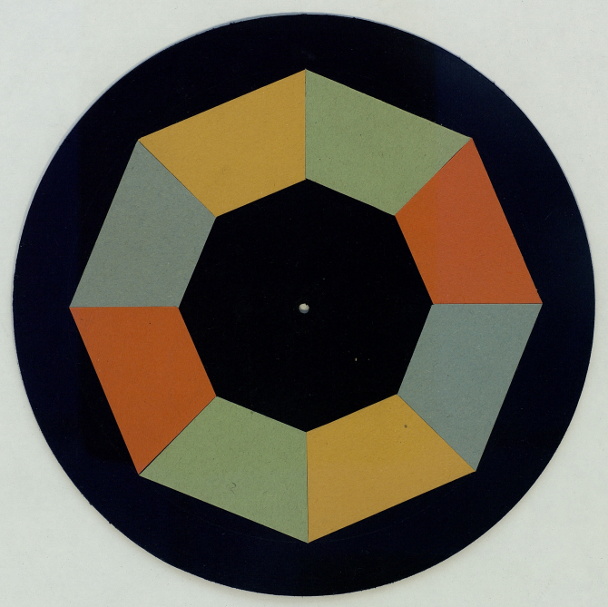 Series 7: Experimental documentation. It includes graphic plates, drawings, diagrams on tracing papers, cuttings and photos – found out in a jumble, together with the other documents of the collection. Illustrations in particular were probably produced since the Forties and they show with different purpose (explanatory or more strictly experimental) events and arguments studied by Metelli during his educational and scientific activity.
Some illustrations (like in the file n. 45) report on their verso the answers of subjects involved in the tests – subjects are specified by abbreviation or by the full name. Other ones were gathered together in collections named “Series” by Metelli himself and were identified by alphanumeric codes specifying the parameters used during tests.
Rolled tracing papers contain the diagrams published within works that Metelli together with Elisabetta Gyulai wrote for Istituto Veneto di scienze, lettere ed arti.
Photos collection – stored in one single file although they were distributed in different plastic folders – represents something pretty unique. Most of them are black and white and reproduce illustrations about perceptual transparency: Metelli has often used them to illustrate his works.