Evolution of Psychology in Padua: Benussi to Metelli 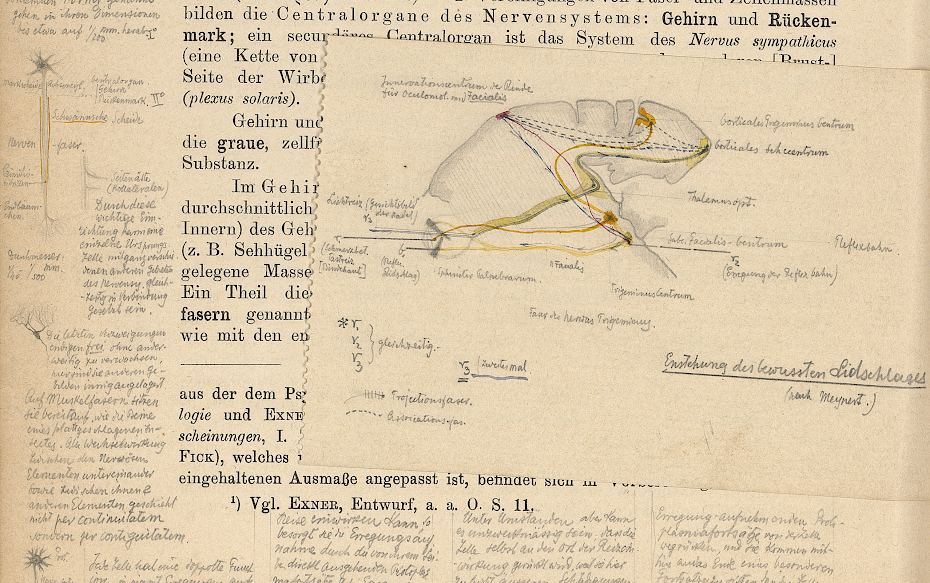 The virtual collection Evolution of Psychology in Padua: Benussi to Metelli gathers together materials and items to paint a picture of the scientific and educational activities of key figures in Italian psychology, specifically those of Vittorio Benussi, Cesare Musatti and Fabio Metelli.

The collection includes various types of material: unpublished documents, both typed pages and manuscripts; books that these scholars studied and worked on, many embellished with notes, glosses and drawings; and documents from the Psychology Library.

As such, it forms a heterogeneous collection of archive sources, including a number of books, but it is one that forms a unified body of material that takes its place alongside other digitised collections such as the University of Padua’s own Fondo Metelli, the Benussi Archive and the Musetti Archive of the ASPI (“Historical Archive of Italian Psychology”). 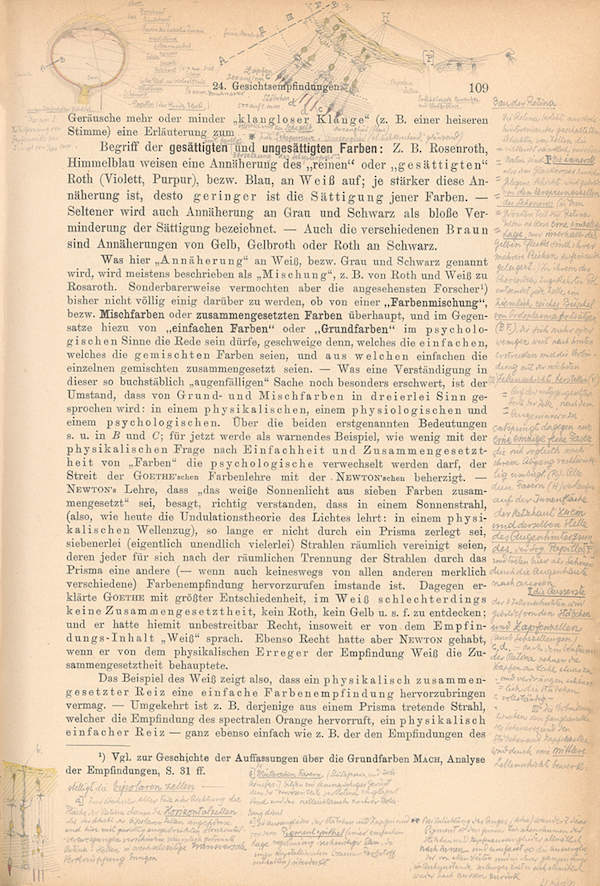 A page from the book Psychologie by A. Höfler with drawings and annotations by Vittorio Benussi.

To make it easier to find and use the materials available on the Phaidra platform, they have been divided into four sub-collections: