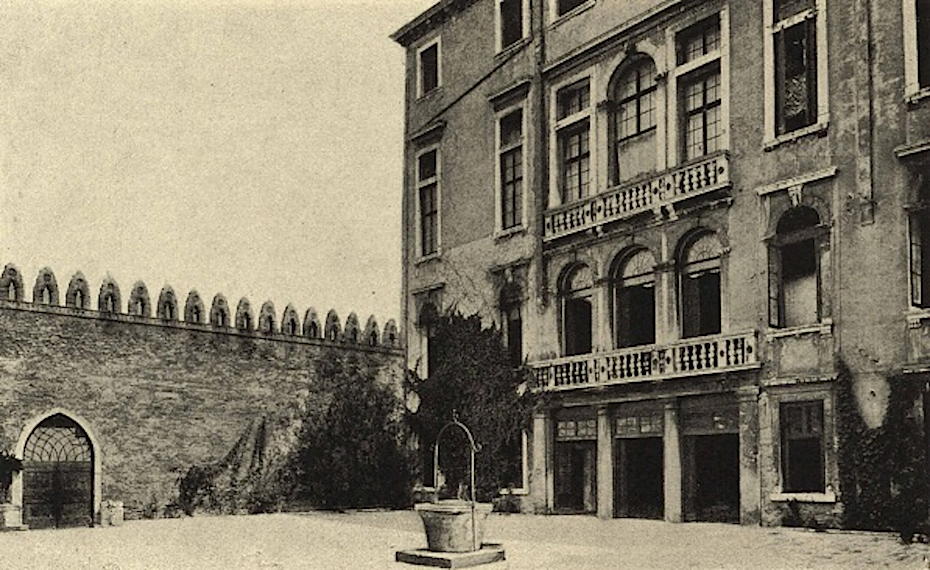 Ca' Foscari University was established on 6th August 1868 (R.D. August 6, 1868, n. 4530) as a Business School based on the project of the economist Luigi Luzzatti and its seat was located in the noble Venetian gothic palace, overlooking the widest bend of the Grand Canal, known as Ca’ Foscari.
Venice and its mainland needed an institution at national level to to be integrated economically with the rest of Italy, as was stated in the Report by the Minister of Agriculture, Industry and Commerce to King Vittorio Emanuele II in the 6th August 1868 hearing:

[Sire, I have particularly welcomed the local commitment of Venice and its population to revitalise their economy […] and I am confident that the ambitious plan to found there an institution based on such strong principles and zeal will be a national achievement]. 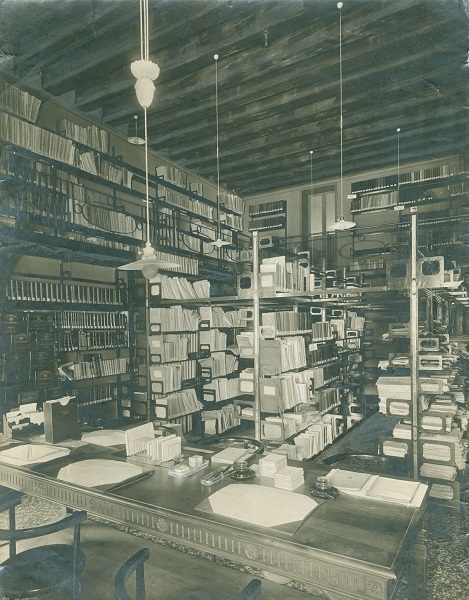 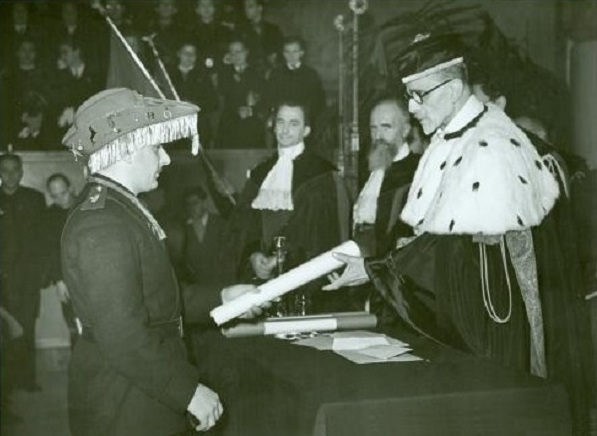 The Rector C. A. Dall'Agnola delivers a document to a young man with the felucca (1939)

This digitization project aims to present some peculiar moments of the history of Ca’ Foscari University of Venice through the photographs, records, publications, works and accounts of its professors and students. The history unfolds through the official documents of the School, refers to various aspects: the convivial and aggregating occasions, religious and institutional celebrations, the participation of the cafoscarini in the tragic events of the Great War and of World War II and new cultural experiences in foreign countries.

The original documents, digitized by Ca' Foscari Digital Library staff, are held by the Historical Archive of the University, which collects and preserves publications from the ancient Library of the High School of Commerce (1868) and from the branch libraries.
The two most distinctive publications are the Yearbook, which records institutional events and includes statistical reports which show the growth of the School; the Bulletin that illustrates the achievements of Ca' Foscari students and teachers, which witness their love and pride for their institution.
At the same time, in addition to the digitization of these documents, the Historical Archive has been gradually retrieving and cataloguing photographs and other materials in its possession.
The program of digitization is subordinated to the reorganization of the physical items in the Historical Archive. The digital collections are intended to increase in order to record all the people and events that contributed to the cultural and scientific growth of the university and of Venice itself.