Scientific wallcharts at the Botanical Museum 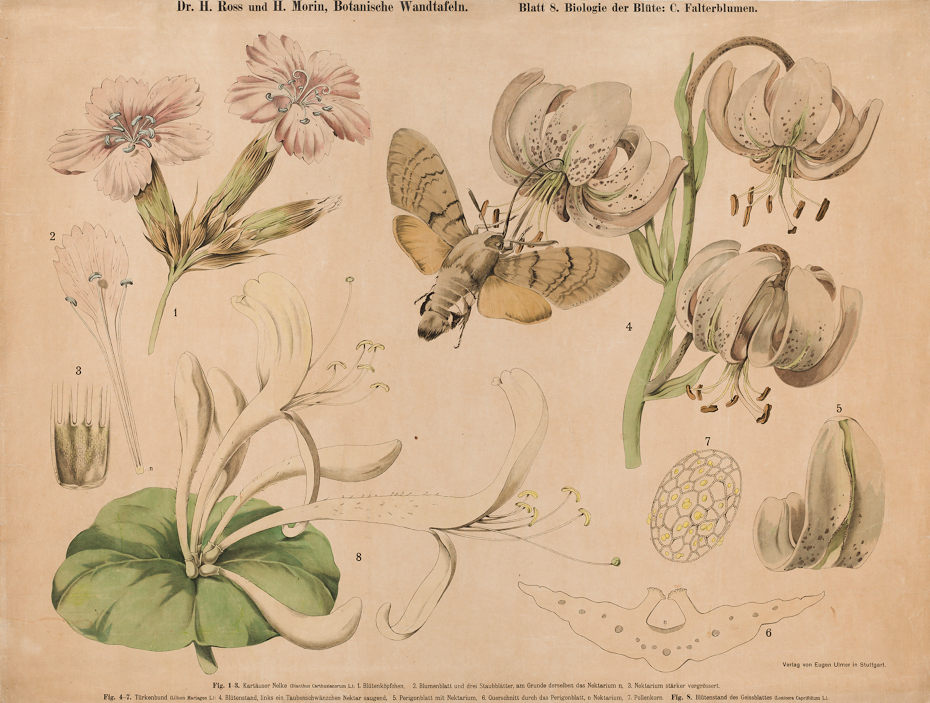 The collection includes 98 wallcharts, of botanical subject, produced in the late Nineteenth- and early Twentieth-Century.

The largest series includes 68 plates titled “Ausländische Kulturpflanzen in farbigen Wandtafeln” depicting exotic plants, native to the five continents, mainly used for food uch as cocoa, ginger, cassava and olive tree. Karl Bollmann’s highly detailed illustrations are drawn in color against a black background, accompanied by numbers which refer to short descriptive notes included at the bottom of the panel. The wallcharts were published in 1989 in Braunschweig by F. Vieweg und Sohn and were part of a text compiled by Otto Wilhelm Thome and Hermann Zippel entitled “Ausländische Kulturpflanzen in farbigen Wandtafeln mit erläuterndem”.
While most of the plates bear picture and description for a single species, there are some in which two species of plants are displayed. In the collection preserved in Padua this situation occurs seven times, with connections between subjects that distinguish our collection from the one kept by other institutions such as the Harvard University. 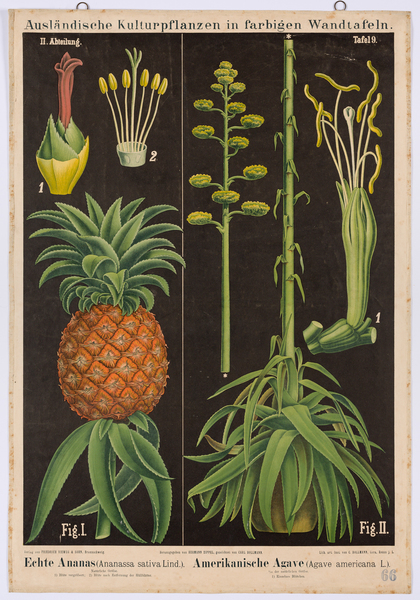 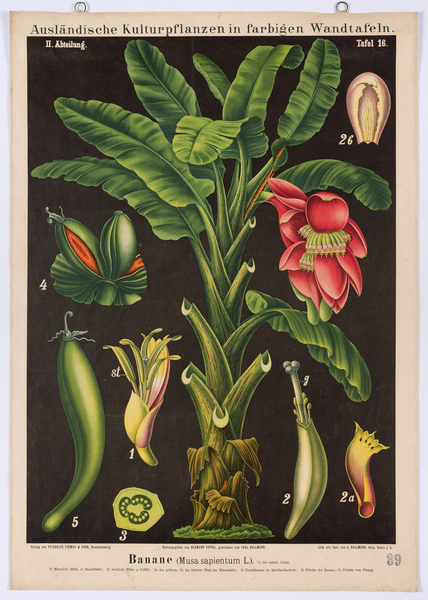 The second group consists of the complete set of twelve wallcharts about plant biology, depicting plant details such as roots, tissues, leaves and the structure of some flowers; furthermore, the plates display different systems of pollination of flowers, together with various kinds of fruits and seeds. Published by Paravia at the beginning of the Twentieth-Century, it is characterized by images in color, also in this case flanked by numbers referring to a brief description.

The collection goes on with ten more wallcharts from the beginning of the 20th Century, published in Stuttgart by Eugen Ulmer, belonging to the series “The Botanische Wandtafeln” by Hermann Ross e H. Morin. Some of these wallcharts deal with a single species, such as potato or hazelnut, while others are more of a general nature, like different types of pollination depending on different flower morphologies, or various types of fruit found in nature. Also in this case, the wallcharts display a picture in color along with a description for each item placed at the bottom of the plate. 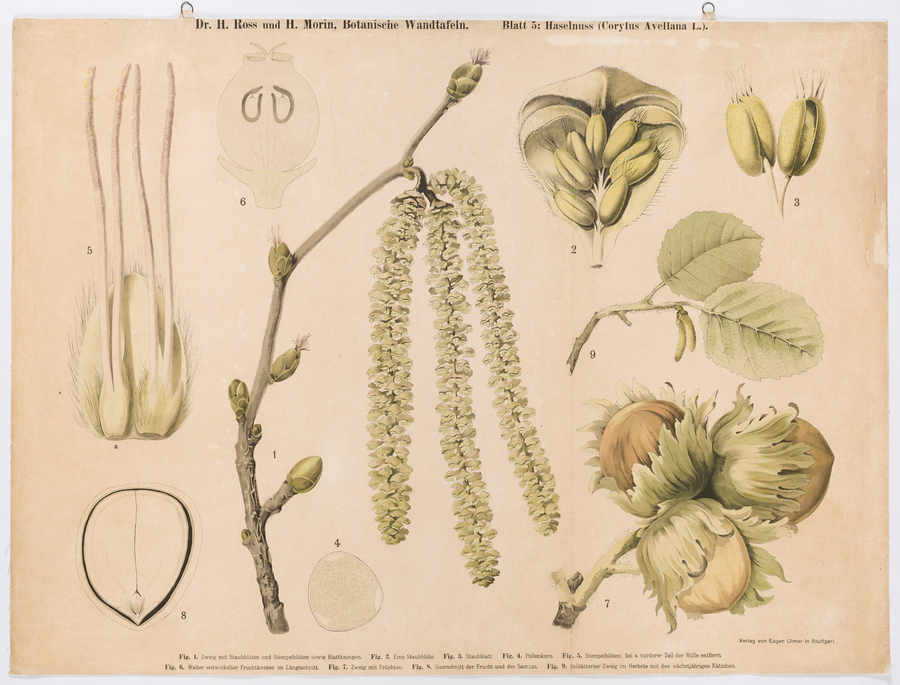 The last series consists of seven lithographs, published in Stuttgart at the beginning of the 20th Century by Eugen Ulmer, titled “Pflanzenpathologische Wandtafeln”. It deals with the parasitic organisms, and, specifically, it describes the mistletoe, a little parasitic plant called Latrea, and the biological cycle of certain moulds attacking fruit trees, ornamental plants and grasses.

Finally, there is a single plate printed in Zurigo by Frey & Conrad depicting the fruit, the seed, and some microscopic details of tissues from the Siberian iris.