Seleucid Tablets from Uruk in the British Museum. Text Editions and Commentary 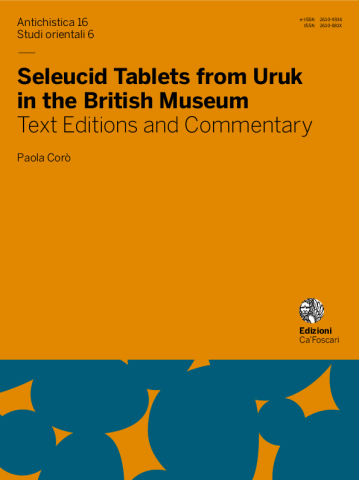 Seleucid Tablets from Uruk in the British Museum. Text Editions and Commentary

Between the second half of the 19th century and the first half of the 20th century the British Museum acquired as part of its cuneiform collections 120 economic tablets from Uruk dating to the Seleucid period; they belong to what has been described as “the most spectacular Hellenistic archives available today”.
This book offers an analysis of the collection, accompanied by text editions. The approach adopted is to explore the documents in three main thematic sections: arable land, urban properties, and temple prebends. The administrative texts have been treated as a group. Particular attention is paid to the role played by specific families, individuals or groups in each area of interest, as well as to shedding new light on the ownership patterns and business strategies that characterised the activities of the parties to the documents.